Home » Blog » The Tale of Two Weekends! Part One….

The Tale of Two Weekends! Part One….

Wow!  It has been way too long since that last post.  This is a BUSY time of the year (though I believe ALL times of the year continually get busier!).  Luckily I have kept to some sort of a training program and have actually (Gasp!) ridden my bike outside in the past few weeks….

Weekend #1 (February  5th):  I was determined that I was riding outdoors.  Didn’t matter the temperatures.  Didn’t matter the company.  I was riding and I was riding long (well as long as my training these days is providing).  I’ve been stuck indoors on the mighty green trainer for what seems like months.  Too dark in the early morning to get out, too busy with work and kiddos in the middle of the day to get out, and too dark in the evenings to get out.  Come on Spring time change…..I really could use a hand!

The Veyo loop it was.  The Veyo Loop is the most overridden ride in Southern Utah 🙂  In St. George you are a little limited in the directions and miles you can go for 50-75 mile rides.  You can head out to Hurricane and Zion or you can ride the Veyo Loop.  Those seem to be the most popular choices among us Southern Utah folk.  Of course, the Veyo Loop is part of the St. George Ironman bike course with brutally steep descents and a beautiful 15 mile descent to close the loop.  Ironman is not on my radar this year, but it seems to be on EVERYONE else’s around here.  I hit the road on this particular Saturday with my Southern Utah Tri Club buddies.

The crew met at the brisk hour of 9:00 a.m.  I left my house at 8:00 a.m. and it was about 34 degrees.  I had high hopes of stripping off at least a layer or two before the day was over, but I finished with everything except the sleeves to my jacket.  I guess it really is still winter, even down here.

The large group headed west and quickly separated into small groups.  I latched on to the boys and held on for dear life.  I had run 16 miles the day before and prayed that I wouldn’t embarrass myself on the climbs with my leaden legs.  Since the boys were planning on two loops and played nice for the most part…….I was good…..At least for the first part.

The Veyo Loops climbs are infamous and everyone has a different name for each of them.  I break them into three distinct climbs.  The Dam.  The White Fence.  The Wall.  Things were going well on the way out until we hit the Dam.  I went to shift to an easier gear and was quickly reminded that my bike needs a trip to the shop.  My chain caught and my pedaling came to a sudden halt.  Not really a good thing when you are sandwiched between two riders going 7 miles an hour.  I headed straight into the rider to the right, Ben.  I gave Ben a swift push in an attempt to keep him on his tires as I desperately tried to unclip from my pedals.  (The visions of falling flat on my face going 5 mph because I hadn’t had a tune up in way too long were ominous.).  Luckily Ben stayed upright and I got unclipped.  I had to pull to the side to realign the chain and calm my racing heart rate.  The boys were nice enough not to drop me right off the back and soon allowed me back into the fold.

The White Fence climb was next.  I believe this to be the nastiest of all the climbs on the loop.  You hit a dip at the bottom that destroys any type of momentum you may have before ascending what seems to be straight up.  This is not a long climb, but it is steep!  I like to gauge my fitness by the length of time I am able to maintain the saddle position and before wussing out for my granny gear.  The top is always a welcome sight and you feel that you may actually make the final climb.

As we rounded the top of the hill we felt the Northern winds begin to blow………directly in our faces.  The good thing about a head wind at this point is that because the final climb actually make a 180 degree turn before the ascent you get a tail wind from the North.  I’m always up for a tailwind 🙂

The Wall is steep and much longer than the other two significant climbs on this loop.  It separates the climbers from the rest of the pack.  With a tail wind I was happy to proceed mostly in the saddle happy that my tired legs seemed to be holding up pretty well.  From the top of The Wall you have a stretch to the actual town of Veyo that seems to take FOREVER. It is probably no more than 2.5 miles, but with a North wind you may as well be back on The Wall.

Our small group made an efficient stop at the gas station (I love efficient rides) and headed to SR 18 and what was going to prove to be some screaming downhill.  At this point in the loop, you head almost due South.  There is one hill out of the town of Veyo up and around the volcano, but from that point you have just a few rollers and then a descent that is to thrilling (especially with a tail wind).  This descent would prove to be the end of my “group ride”.

If you’ve even ridden with me, you know that I’m not big on riding downhill.  I have worked tirelessly on my downhill anxiety over the past year and feel that I am making some progress, but I still find myself jumping out of the areobars when the speeds top 35 mph.  My highest speed on this day was 45 mph.  The rest of the group had to have been well over that.  The dropped me so hard that I found myself working harder on some of the downhill than the previous climbs.  Next time I have vowed to carry rocks for my pockets to attempt to keep up.

I settled into my own groove and was actually very pleased with my descent.  I managed to maintian the aero position much more than usual and actually felt stable and pretty comfortable.  I knew the boys were headed for a second loop and I was headed home, so there was no need in killing myself to catch up.

By the time to got home my tummy was grumbling and my odometer read 68 miles.  The longest ride for me in quite some time.  It was a beautiful day!  I’m so glad I didn’t do two loops because that North wind turned into a stiff head wind on the entire second loop.  I thought of this as I dipped my salty chips into the quart of homemade salsa I was about to consume.

What a beautiful day!  Just what the doctor needed for my sunshine-starved soul! 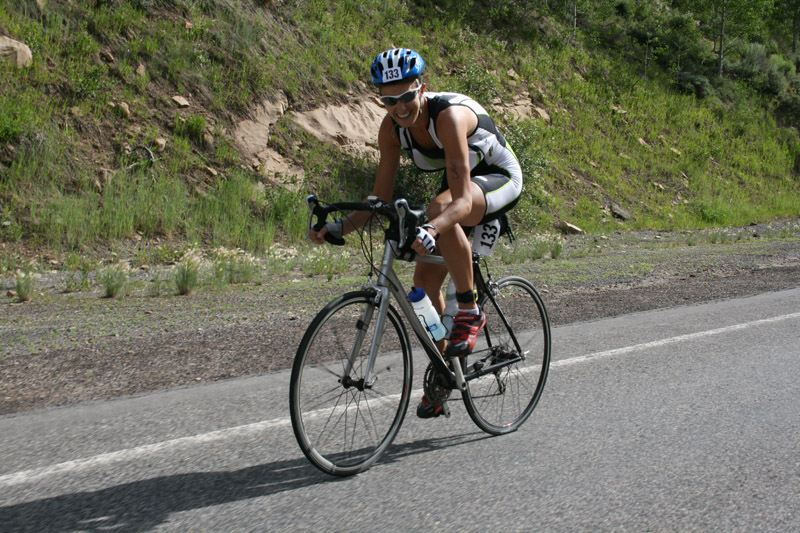 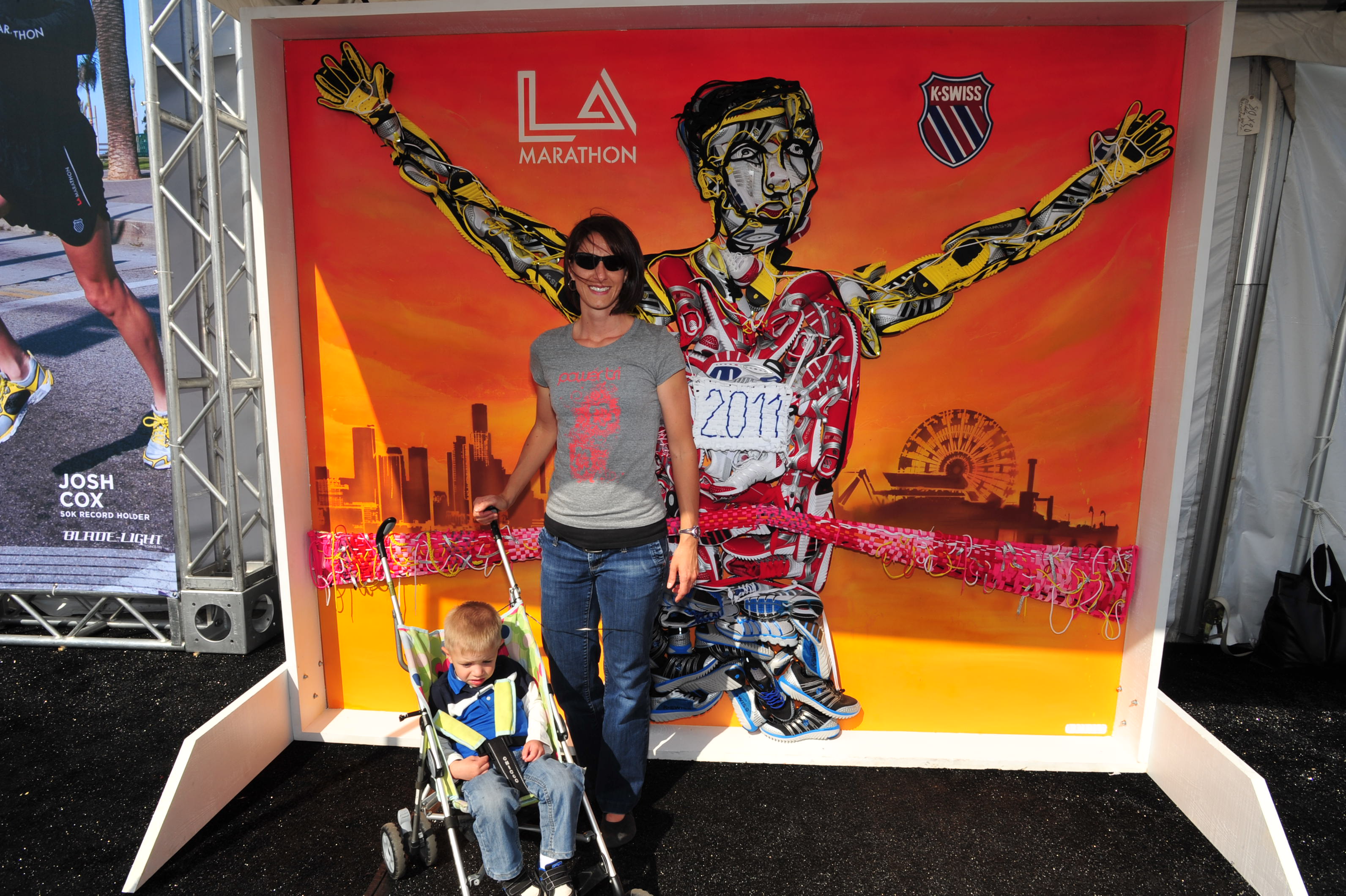 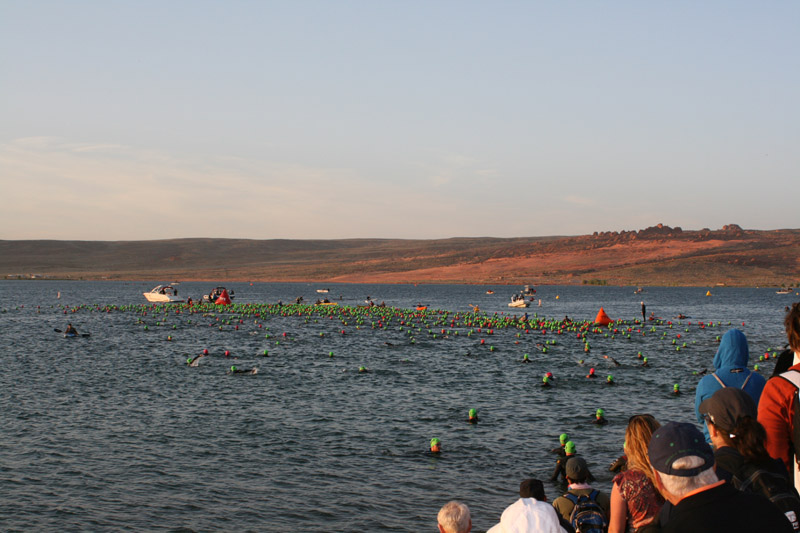 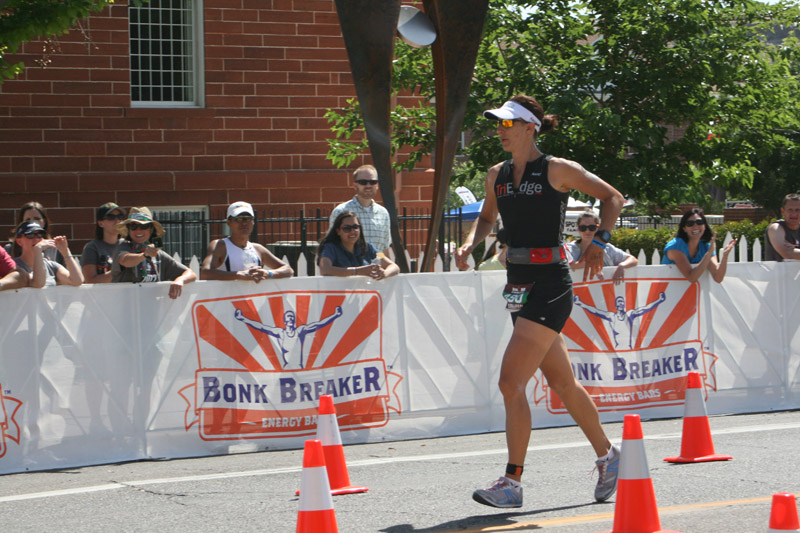 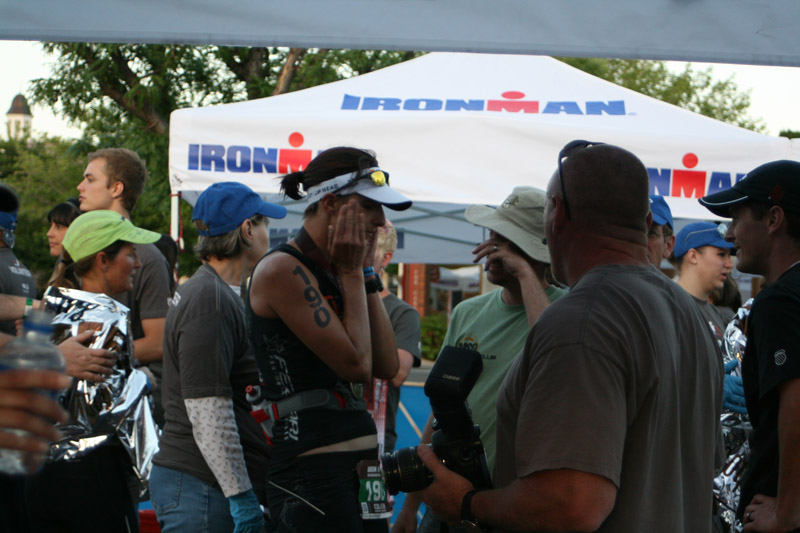 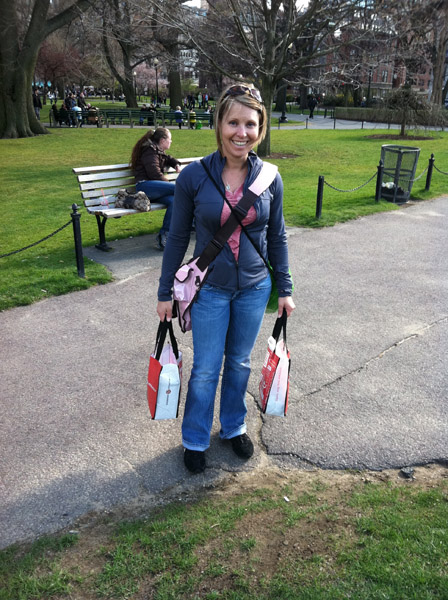 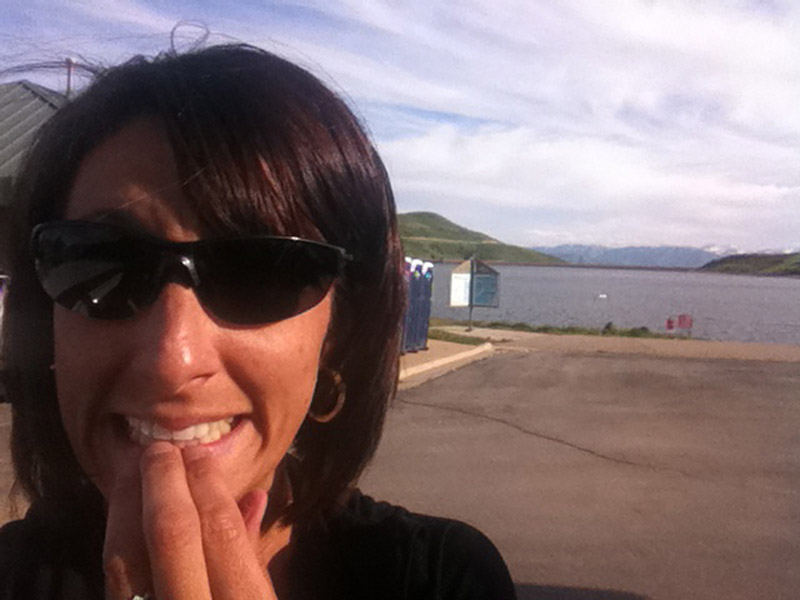 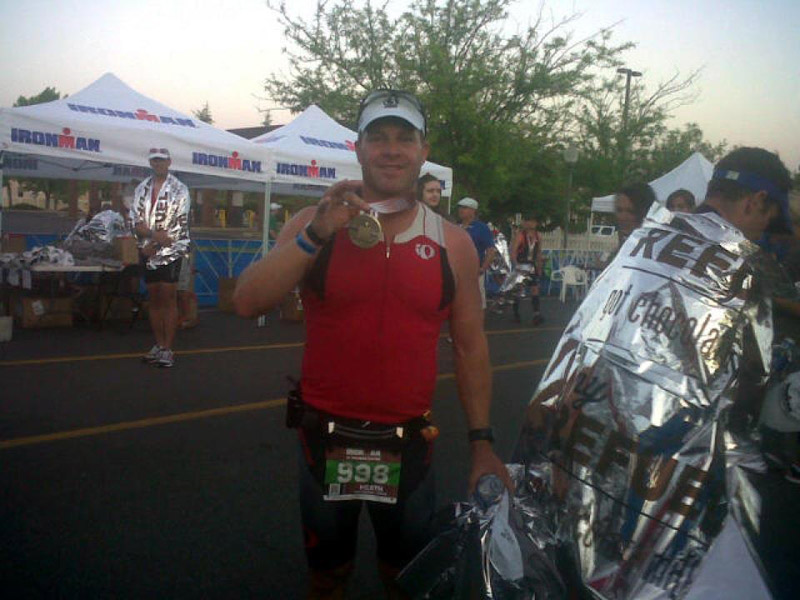 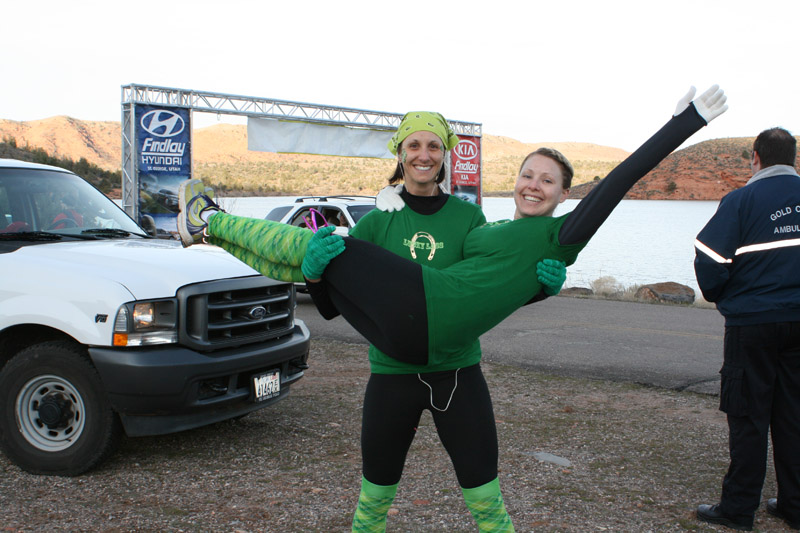 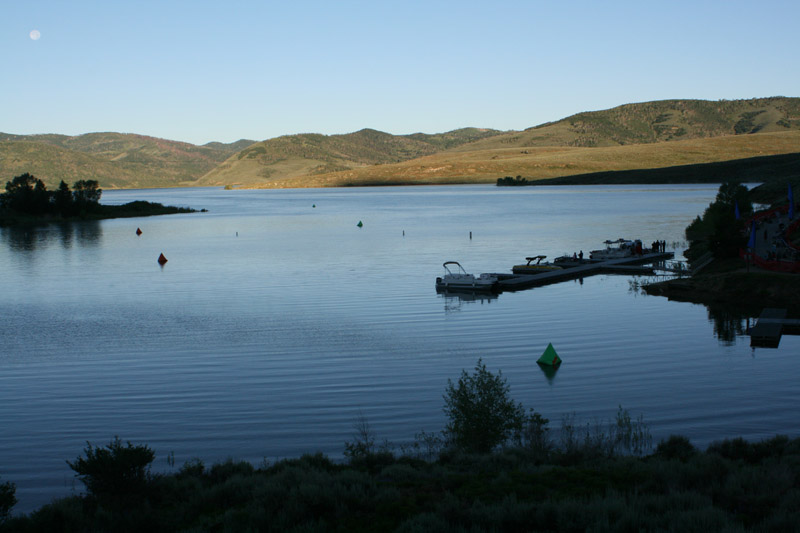