Home » Blog » The Lure of Boston

The Lure of Boston 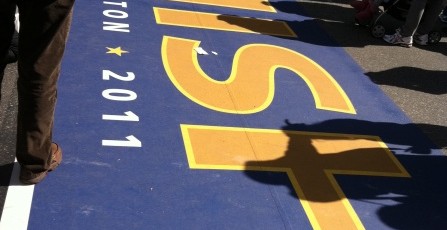 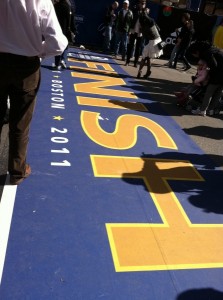 My first marathon took place shortly after 9/11 in Washington, DC in 2001.  It was then that I was introduced to the Boston Marathon.  Everyone around me seemed to have a dream surrounding the Boston Marathon.  I was given a qualifying time and told that once I reached that I could be “invited” to run Boston.  I had no idea what that meant, but for some reason it was something I needed.

Growing up in Boston, I cannot recall one time hearing about the Boston Marathon.  Back in those days the event was small, cult-like.  Only those few hard core people who would actually dream of running over 26 miles showed up in Hopkinton on Patriot’s Day each year.   Though the race was always there, my Boston dream was still decades away.

My first few marathons were less than spectacular.  10:00 minute miles.  I was lucky to get to the finish.  That Boston qualifying time seemed so far away that I could hardly even grasp the concept.  It never left my mind though.  I knew I wanted Boston.  I didn’t know how, but I knew that I must do it.  Boston became the first item on my “bucket list”.

Only after my first child in 2007 did my Boston dream begin to be realized.  I found myself running the same times I was going to need to pull off a qualifying time under 3 hours and 40 minutes.  At St. George Marathon 2007, I crossed the finish line at 3:39:12.  Not much time to spare, but fast enough to qualify.  I promptly signed up for Boston 2008 and even more promptly found myself pregnant with our second child.  There would be no Boston 2008.

I was back on the road and ran St. George in 2009.  I was no where near a qualifying time.  I had stepped back into the past.  The qualifying time seemed all the more allusive.  My Boston dream was slipping.

Things clicked a bit better in 2010 and I found myself  in a place where I knew I could pull off my qualifying time.  Though the day of the St. George Marathon 2010 was one of the hottest on record, I was still able to squeak out a 3:37.  This time there would be no pregnancy……..I was going to Boston.  All the reservations were made by the end of November and my running partner, Anni and I were finally realizing a dream.  April 2011 would be our turn.  We would have our chance to run one of the world’s oldest and greatest marathons.

Some people don’t understand the lure of Boston.  I know many people who have qualified time and time again, but never felt the need to travel and run Boston.  Of course, there were others who fell into a depression every Fall when they failed to qualify or found the race too full to register.  To me, running Boston is everything.  It is a measure of what I can accomplish.  I will never be an Olympic athlete.  I was never even a college athlete.  Sometimes I wonder if I’m even an “athlete” at all.  The Boston Marathon was different for me. Reaching their standards meant that I had become “something”.  I had made it in some way.  I was able to join the club of “being a marathon runner”.  I wasn’t just out there pounding the pavement.  I was accomplishing something.  I was good enough to run with some of the best in the world.  Granted hours behind them.  But on the same day and over the same course.  I wanted Boston.  I needed it.

I did it.  I toed the line.  I crossed the finish.  I realized a dream.  It may not be everyone’s dream, but it was mine.

Read on to the next post for a full race review.